Sorry, but this is now a bit complicated.
During the Second World War, shortly after Germany had invaded France, the British BBC via radio told their listeners that they were planning an exhibition that was going to highlight the landscapes of Europe that were now lost to the Germans. Therefore, citizens were asked to send in photographs and postcards of these landscapes.
The response was overwhelming and over 8 million images were sent in. Still, there was no exhibition with this material. I fact the BBC never planned an exhibition, rather the request came from the British high command. Military planners there had realized that there was not sufficient information available, if there would ever be the need to bring the fight back onto the continent.
So, in today’s terms, information was ought to be crowdsourced. This was at the height of the war, but still out of these 8 million images, roughly 750.000 were reproduced, categorized and archived. The material covered Germany, France, Italy, Belgium, The Netherlands, Luxemburg, Denmark and Switzerland and was used to plan the coming invasion and to help in the bombing operations of the war.
Here it becomes interesting to me. Since the pictures were mostly taken by tourists, many of them show the world through the eyes of a curious traveler. So beautiful buildings and landscapes, or such of historical importance, show up more frequently than those who are mundane or boring. Therefore, it did become easier to identify the culturally important buildings, or the beautiful landscapes, while preparing the bombing on or attack of certain places. Tourism might have somewhat guided the “gaze of war” and therefore helped to destroy precisely the building it deemed worthy to preserve in an image.
This episode of the war is pretty much unknown. But after some research, I found that the material (all 750.000 images) still exist. They are buried in an archive near Cambridge. Most of the boxes have not been opened since the end of the war.
Naturally I was very keen in looking at this material and using it for a project. But this turned out to be the most frustrating experience of my career so far. Not only was there an extreme lack of interest in the archive about someone from the outside world accessing their files, it also took me months to receive any form of reply to my requests. No one seemed to care, even though the museum, that is part of the archive, brags about its wonderful works by artists that are part of the collection.
After many months (close to a year) of begging, I was finally able to spend some time at the archive, scanning a tiny little fraction of these images. Since the archive is driven by commercial interests – even though it is in the public domain -, it charges at least 50 Pounds per scan, which makes a research project of that scale prohibitive.
I argued, since no one has ever seen these images, I would scan them and provide the archive with copies of my scans. That way, there would at least be something to other to start with than dusty boxes in a storage building that is not accessible, would other researchers be interested in this episode of history. The problem was, that the archive wanted me to follow their technical specifications, that made absolutely no sense, regarding the bad quality of the material.
After me spending a week at the archive, scanning maybe .05% of the material and spending another two weeks in Berlin, renaming the material, cropping it and so on. I was told by the archive, that, for whatever reasons, working with me is not in the interest of the archive and museum and I was told to destroy all the files I have created.
So, what material are we talking about? We are talking about images taken by private citizens that were reproduced under false pretense by the military and then after a yearlong odyssey ended up, by chance at this archive. Where someone told me, that if this material would be offered to them again today, they would decline. And apparently they want to get rid of the stuff to gain some extra space.
But somehow, by ending up at the archive, even though they don’t want it, it suddenly becomes a question of ownership. This is ours, and now we want to decide who uses it and in what way.
To me, the system seems badly broken and archives should be there to make material accessible and not to hinder research by guarding the door in such a way. Maybe I get the fact that they have to charge some money for some of their reproductions, but by charging absurd amounts of money for material that therefore is not accessed they really show that they have absolutely no clue of what their role within society should actually be.
Yes, I was told to destroy the material I have collected and not to share it with anyone. So that means that I am not going to dump the stuff I might or might not have here.
It took me over one and a half years to overcome my frustration – which I have not yet fully succeeded in – and come up with a way to present the whole issue.
I censored these images myself, so it would be up to the museum to decide, if the censorship goes far enough and if this then still classifies as “the material” or not.
And by the way: FUCK THE IMPERIAL WAR MUSEUM! 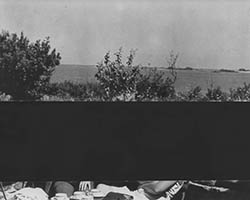 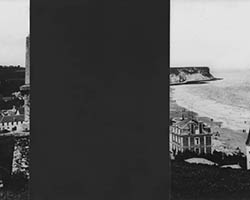 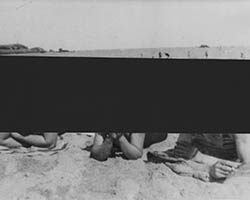 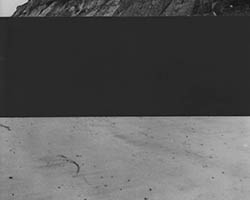 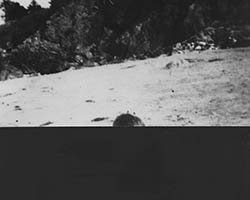 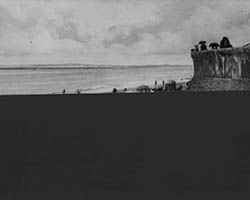