For the first time in human history more people live in cities than in rural areas. An ever bigger part of this development takes place in informal structures. The classical slum of the third world is only the most obvious appearance. More important are the single homeless persons which form these informal structures. A single homeless person is the smallest possible forming of a slum. My project “Metacity” is about these single persons and their existence in today´s megacities. Are there connecting elements of this kind of poverty in very different cities? Is there a globalized appearance of homelessness?

All the images of this series show sleeping homeless persons. On one side because homelessness is most visible while people are sleeping and on the other side this is the most intimate moment where it is most obvious if there is any chance for these people to find some privacy.

On the other hand I try to question our own perception of these scenes. We tend to look at the cityscapes, the light, the trees without paying any attention to the reality that lays beyond. But still, even if we think the problem is not there because we do not see it, it is still there. And even if some of the homeless in my images remain - almost - invisible due to the fact that they (have to) hide themselves, they are still there.

The project consists of images I have taken in Tokyo, Paris, Bombay and Chicago. Each of these cities stands for its own cultural and economic reality. I thought of including more cities into this project but i have come to realize that four is just the right number and the question would not be which city to include next, but rather which city out there could not be included in this project, because it does not face a similar problem. The project could be continued endlessly, but I feel that with these four different cities I am able to show what I wanted to show. 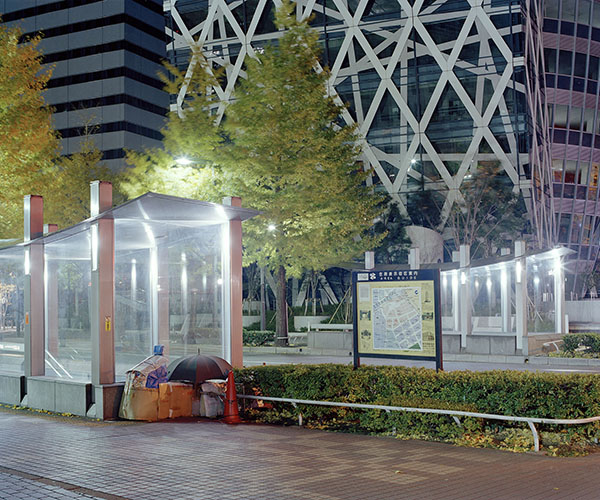 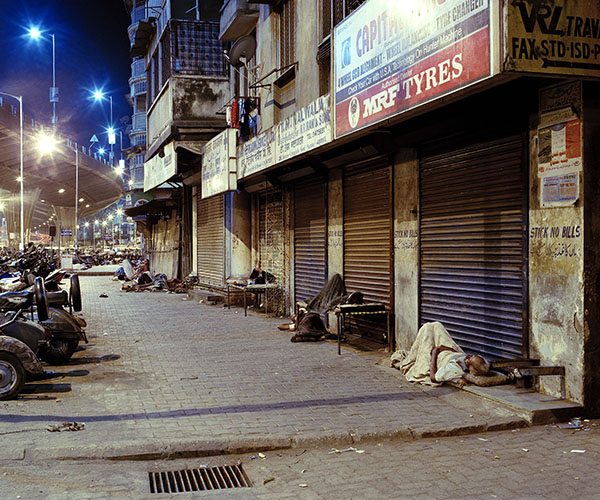 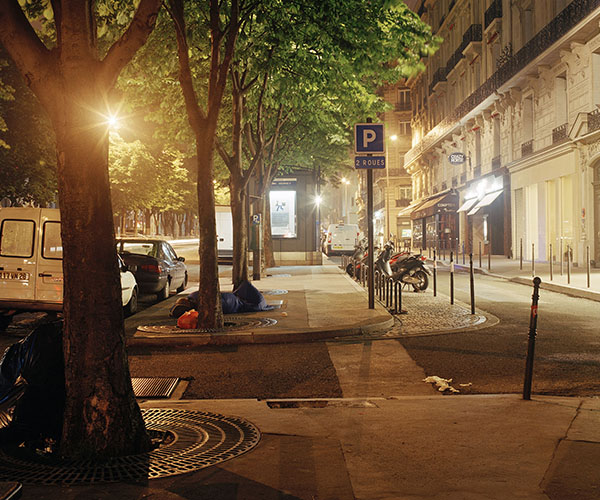